John Brennan, President Obama’s nominee to be director of the CIA, like many government employees took a three-year turn through the private sector before rejoining the administration – but it was nothing like the blandly profitable corporate stints of other federal bureaucrats.

When Brennan went to work for a private intelligence contractor called The Analysis Corporation, he entered a murky milieu of transnational private spy firms with taxpayer-fueled profits. And he found himself working for a Ferrari-driving foreign boss who made much of his money on the dangerous streets of Iraq.

In that world, Brennan was forced to deal with a situation he would never have faced in his earlier days at the CIA: Brennan’s corporate parent was looking for lucrative contracts from Chinese state-owned companies at the same time Brennan’s unit worked on sensitive US intelligence issues in Washington.

No one contacted by CNBC for this story suggested Brennan did anything inappropriate during his stint in the private sector. But the choices he made, and the ways Brennan navigated the world he found himself in, say much about Brennan the man, and also about a hidden but extremely profitable industry the US government has allowed to grow up around its intelligence establishment – and around the world.

In 2005, between stints as a high-ranking CIA officer and one of the Obama Administration’s top homeland security and counterterrorism experts, Brennan went to work for the little-known Virginia government contracting firm known as The Analysis Corporation. In a convoluted corporate structure, that company was already owned by another entity, and, in 2007, would be snapped up by yet a third firm. During that time, Brennan became an employee in a subsidiary of a London-based security firm controlled by a holding company based in Luxembourg.

According to a corporate document filed with the Securities and Exchange Commission, Brennan was given a compensation package at The Analysis Corporation worth more than $750,000 in 2008, one of just over three years he spent at the McLean, Va., based company. That’s not an enormous salary by corporate standards, but it would have been a lot more than the top range of the federal government’s senior executive service that guides CIA pay, which tops out at around $200,000 per year.

Often when companies are acquired senior executives receive payments upon change of corporate control, or to reimburse them for equity they hold in the purchased company. The White House and Brennan’s former company both declined to say whether Brennan received any such payments when the company he worked for was sold in 2007.

«In 2009 when he chose to rejoin the government as the President’s top adviser on counter-terrorism he did so out of a sense loyalty to the country, and as a commitment to keep our nation safe,» said Eric Schultz, a White House spokesman. «At that time, the relevant information regarding Brennan’s prior work experience was disclosed and met the president’s commitment to the highest ethics standards.»

The Analysis Corporation was founded in 1990 and quickly grew into an intelligence contracting powerhouse. Brennan joined the firm as president and CEO in late 2005, moving into a bland suburban office park in McLean, VA just down the road from CIA headquarters.

People familiar with the firm say The Analysis Corporation was highly regarded for its abilities to sift through massive computer databases for information. Contracting documents show the firm worked for the State Department, the Defense Intelligence Agency, the FBI and others. But specific details of that work are hard to come by. (Related: What Does TAC Do?)

In 2007, Brennan threw a book party at The Analysis Corporation’s McLean, VA headquarters for former CIA Director George Tenet that was attended by more than 600 current and former members of the US intelligence community. A press release touting the event noted that the crowd was so enthusiastic that some party-goers waited in line for as many as four hours for Tenet to personally sign their copies of his book.

«Mr. Tenet wanted this event to be exclusively for intelligence officers, their families, and alumni,» Brennan said in the press release after the party. The company said it purchased a large number of copies of Tenet’s book, selling them for $20 each to attendee and raising over $7,000 for the CIA Officers Memorial Foundation, a non-profit that supports children and spouses of CIA officers killed in the line of duty.

It was connections like those – and a long list of US federal government contracts – that made The Analysis Corporation (and its parent corporation called SFA, Inc.) a tempting acquisition target for an aggressive young British entrepreneur and former Royal Marine named Damian Perl.

According to several people who worked there, by 2007, Perl’s company Global Strategies Group was flush with cash from its security business in Iraq, where it worked for the Iraqi and US governments to provide specially trained soldiers and guards to secure Baghdad International Airport, protect dignitaries, move cash inside the country, and guard the Green Zone.

Security work in Iraq became an extremely profitable business as US taxpayers and the nascent Iraqi government poured money into the rebuilding effort. «The margins were outrageous,» said a former employee. The company often hired Gurkhas, Nepalese veterans of the British military, to provide security services in the violence-prone country.

The business has made Damian Perl a wealthy man. Today, several former employees say he owns multiple Ferraris, and has a fondness for fast cars. They say he owns homes in several locations around the world and makes his permanent residence in a Swiss mountain village.

A spokesman for Global Strategies Group, Tim Matthews, declined to respond to a detailed list of questions from CNBC for this article. In an emailed statement, he said, «to the extent that your questions concern security or internal business issues relating to the GLOBAL Group of Companies or any individuals associated with GLOBAL, it is our general practice not to comment on such matters.»

By 2007 Perl, a former employee says, needed a foothold in the United States to expand his contracting business with the US government. Another former employee says Perl soon set his eyes on Brennan’s firm. «The Analysis Corporation was the crown jewel of SFA,» said this former employee. «We bought SFA because of The Analysis Corporation.» Says a third, «the profits on that [Iraq security] business were almost obscenely big, but there were risks associated with that. [Perl] wanted to get out of the ‘Guns, Gates and Gurkhas’ business.»

By the time Global Strategies Group took over Brennan’s firm in 2007, Global had been involved in one sticky situation in Baghdad that attracted the attention of the press.

In 2006, The Washington Post reported that Global was engaged in a long-running dispute with its client, the Iraqi Transportation Ministry, over payment for Global’s security forces protecting Baghdad International Airport. The firm sought payment of overdue fees of about $3 million per month totaling about $25 million, and in the course of the dispute Global twice withdrew its employees and threatened to abandon the project unless it was paid, the Post reported. During a Global work stoppage in September of 2008, U.S. soldiers were deployed to secure the airport, which was a vital link to the outsider world for the war-torn country. «Global had a work stoppage, and it created a cycle of anxieties from the US government to the Iraqis,» said a former company employee.

By 2007, several former employees say Global Strategies Group had opened an office in Beijing in an effort to win security contracts from Chinese state-owned corporations. Setting up shop in Towercrest International Plaza in the foreign embassy-heavy Chaoyang District of Beijing, employees began building relationships with Chinese officials, in the hopes of winning security contracts.

But a former employee said Global Strategies Group was unable to sell sensitive intelligence software to the Chinese or other foreign entities. «We tried to test the ability of The Analysis Corporation to export their technology, but it was covered by military secrecy export restrictions,» the former employee said. «Any attempt to exploit any technology was stopped right away.»

Global’s sales pitch to the Chinese presented Brennan, a veteran CIA officer working on sensitive intelligence matters, with a dilemma. According to one former employee, the eagerness for new business with the Chinese caused tensions between the former US intelligence agents at The Analysis Corporation and their corporate boss in England. «Damian Perl wanted to go global,» the employee said. «And all the people like John Brennan were going: ‘What the hell? We can’t sell this stuff to the Chinese.'»

Asked about Global’s Chinese office by CNBC, an administration official said in an email that it «seems like John Brennan did the right thing at the time – objected to any conflicts.» The official, who asked not to be named, also noted that in 2007, when SFA was acquired by Global, Brennan became a director on the company’s proxy board. «The proxy board was composed of executives from the US-based subsidiary companies and was established to ensure that classified US government information was fire-walled from the UK-based parent corporation,» the official said.

The administration official noted that the initial acquisition of Brennan’s company by Global Strategy Group in 2007 was reviewed and approved by the Committee on Foreign Investment in the United States, a body set up to scrutinize foreign acquisitions of sensitive American firms and prevent those that might transfer valuable technology.

A spokesperson for another successor corporation to The Analysis Corporation— a spin-off entity that is now known as Sotera Defense Solutions – said the firm worked with the Department of Defense’s Defense Security Service to implement a Special Security Agreement to establish a strict set of controls designed to protect U.S. national security interests in a foreign owned company.

«For the duration of our ownership by Global Strategies Group, the U.S. portions of the business … never had any contracts with any foreign entities or governments by itself or through any parent company or partner,» said Lauren Peduzzi, the director of communications for Sotera Defense Solutions. «Throughout our history, Sotera Defense Solutions has been committed to a culture of ethics and integrity in conducting its business as a responsible member of the national security community.»

The idea of working for the Chinese and Americans at the same time may have been unworkable from the start, although Global Strategies Group won at least one security contract with the China National Petroleum Corporation, sources familiar with the company said. «It was all a massive conflict of interest, and it was all a bit weird,» a former employee said. «I believe the Chinese thought we were working for the CIA.» Former employees said the Global Strategies Group office in Beijing was closed several years later. The firm’s website says the company today maintains offices in Tokyo, Singapore and Kabul as well as in the Middle East, Africa and North America.

Brennan himself left the firm the same year – taking a job in the Obama administration in soon after the new president’s election in January of 2009. On Thursday the Senate Intelligence Committee will consider his nomination to be Director of the CIA. If he’s confirmed, Brennan will complete a full turn through the private intelligence revolving door – and he will have oversight over contracts to companies very much like the one he used to work for.

-Michael Tomaso contributed to this article. 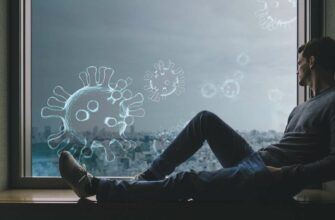 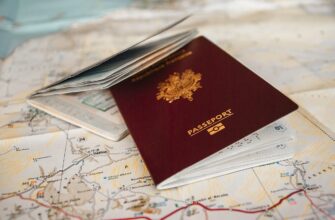 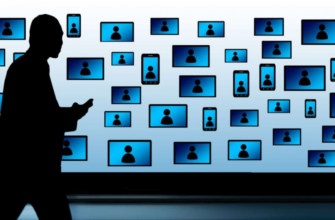 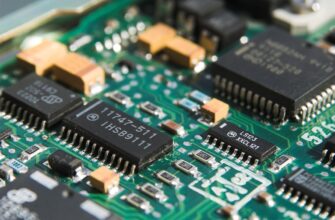